I’ve only recently gotten back into Overwatch. I don’t have a lot of time anymore and while I want to play other games such as World of Warcraft or Final Fantasy 14 I can’t. Sitting in a queue for a dungeon and only having time to complete that one makes me feel as though I’ve wasted the entire hour I have to play. It’s boring and I hate wasting time. So I picked up Overwatch. It can be satisfying to play a few games and feel as though I’ve accomplished something. With the introduction of Ashe I’ve found a new favorite hero. She’s a mini-sniper with a slight escape mechanic and I get to yell “Baaaaaaawb!!!” every so often as I throw her giant robot ult at the enemy team. All in all, a fun time. I’m not as competitive as I used to be. I don’t care about winning and since I’m still working on getting better with her I haven’t touched competitive. I like quickplay. I don’t care if we don’t have a tank or healer. We can all be snipers and it doesn’t bother me when we don’t win because the game is over quick and I can just jump back into one. I focus on my gameplay and ways to get better. Overall, I’ve found others feel the same way. I haven’t seen much toxicity since I’ve been back. Other than a few outliers we all understand that we’re playing quickplay and ultimately winning or losing means nothing. At least, it used to anyway. 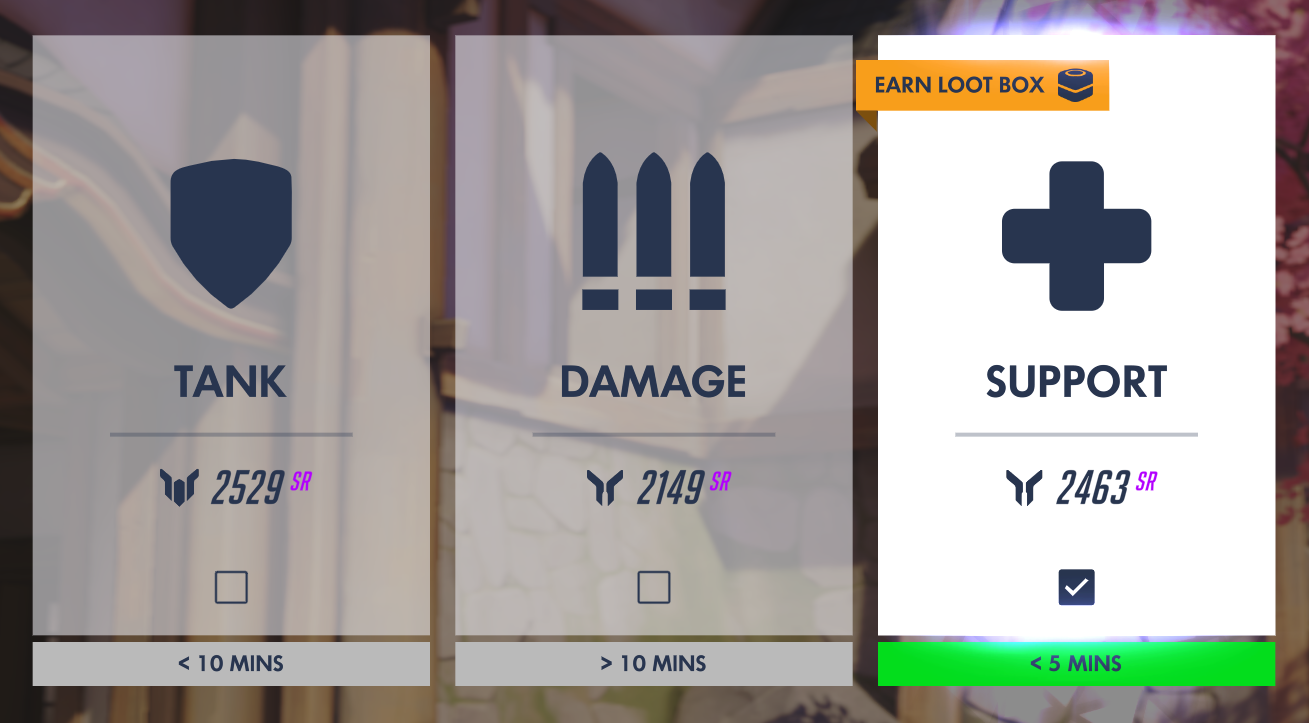 Overwatch has just introduced role queue into quickplay after testing it out in the PTR for competitive mode. And I hate it. My god do I hate it. Hate. Hate. Hate. The toxic salt levels have been through the roof. People screaming about how bad everyone is. Screaming for hero switches. People ganging up with hopes that their own mistakes won’t be served up to the crowd. I hate it. My few matches every day has been filled with such vitriol that I can’t even enjoy myself. I’ve tried queueing up for both healer and damage, but healer queues trump damage every time. So I end up playing Mercy… mind numbing Mercy… and while I win those matches most of the time I still get screeched at for “not healing” someone standing in front of a Bastion. Fun…

With this new role queue comes ridiculous expectations. We’re no longer casual. We’re all pros queuing up for what we do best rather than what we feel like playing at the time. We now expect MLG plays from our teammates. We expect hero switches to counter the enemy team. We have an MMR for quickplay, which we probably always have had, but now I know for sure. It adds a ton of pressure for people. Now they have to stay above, keep winning, or they may be put in the slums with all those terrible players. I hate it.

But it’s not just the rise in salt that I have an issue with. I dislike not having a choice to swap when I want to. Back when I played competitive in the first few seasons I recall people switching characters among teammates. This happened often from what I remember and it would sometimes lead to winning the game. This is no longer possible between roles. I can’t swap off of Ashe and pick up Lucio to get us to the point faster for that last push in overtime. It’s minor, I know, but not having the option feels more of a handicap than not. 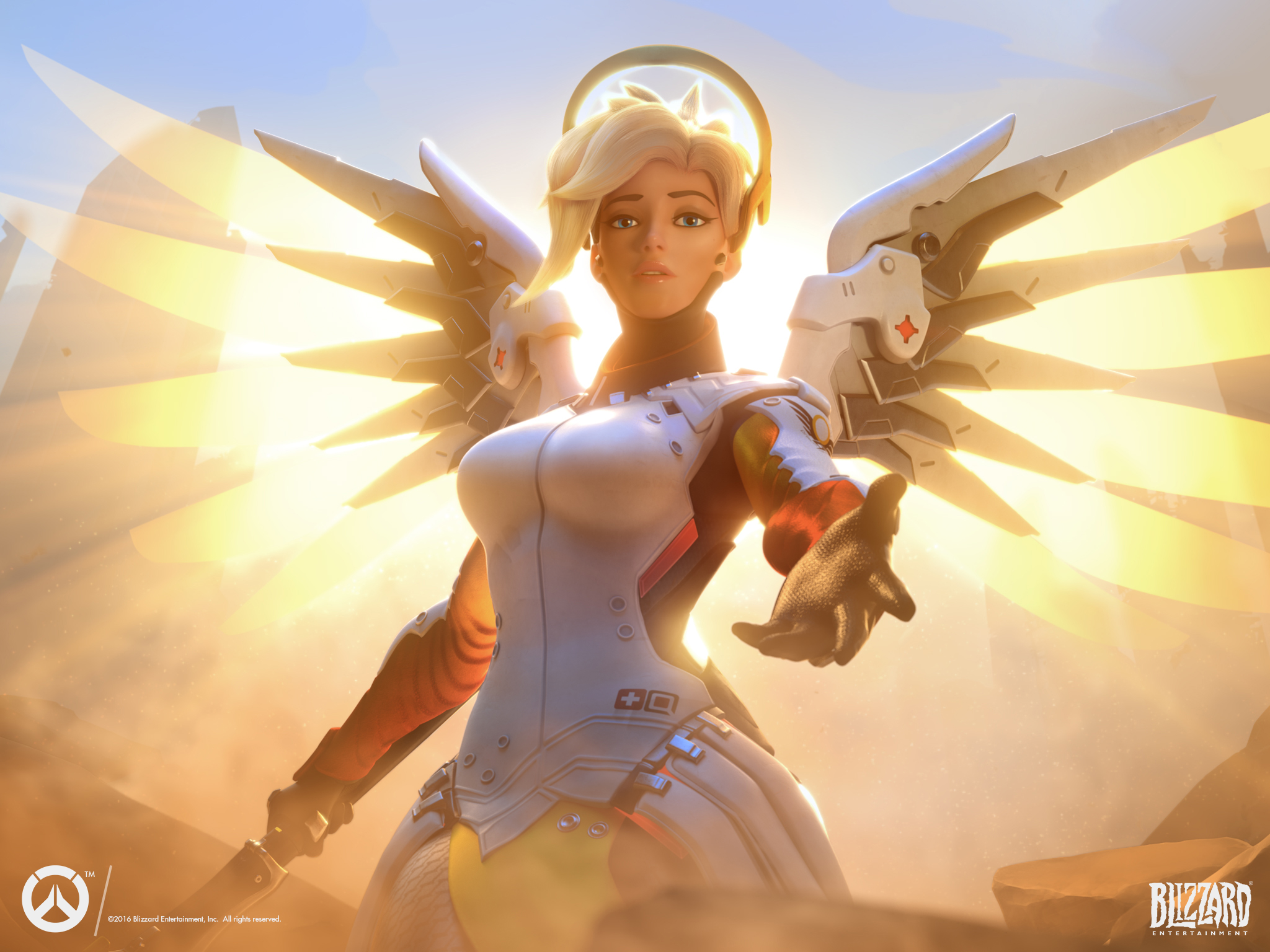 I understand why this was implemented. I understand the frustration of being up against 4 tanks, shields being flung everywhere. I get it. It’s annoying. I also understand that people want to practice heroes in “the proper setting” before taking them into competitive. Fine, whatever. But what about us happy few that enjoyed quickplay as it was? Sure we could go into arcade, but that presents a different set of problems. No limits is great fun, but not available every week. Will quickplay classic be available every week like mystery or no? Of course it’s too early to be upset about something that may not be a problem. I’m okay being banned to arcade mode forever. Alone… with only other snipers to keep me company. But then you think about how the players are now divided with yet another game mode. So now I’ll be waiting longer for games with a smaller pool of players to pull from which makes the odds of an “equal” match dropping significantly.

Really, I’m just frustrated. I feel like I’ve lost my quick game to play in between work shifts and wonderful sleep.