By MorgfuJuly 21, 2020Destiny is All, Lore
No Comments

Hey guys! I know a lot can happen during episodes and it can be easy to miss some stuff. So every few episodes, as necessary, I’ll make a post with some of the lore of the world that you’ve experienced. These are things that I feel may have not been explained fully, or things I thought were important that the boys just kind of glossed over. Much love and of course if you have any questions feel free to comment or join us on Void’s discord!

The Kingdom of Myrsky worshiped Proteus for a thousand years. As a storm god, originally, they relied on him for safe harbor through the seas. When Proteus discovered his gift of foresight and his subsequent solitude, the god Enlil took his place as the god of storms. Myrsky refused to change their allegiance to Enlil, citing the safety and care that Proteus always provided for them. This enraged Enlil, sending his dragon to burn the city down. After surviving the attack, the kingdom rebuilt swearing vengeance. Proteus appeared before them, standing in all his glory. He offered little comfort, save one. Into every generation a champion would be born. This champion would serve Proteus and be a hero to Myrsky. This elite warrior would be trained in how to kill dragons to ensure the safety of Myrsky forever. Every generation they will travel to the End to kill any dragons they find.

The true champion for Proteus this generation is Dyo. She has trained since birth by champions before her to hunt and kill dragons. She is helped by Myrsky’s powerful mages guild that have developed the ability to create portals, making this kingdom a travel hub for the magically inclined.

The Kingdom of Myrsky has not seen or spoken to Proteus in many centuries*. Despite this, they remain devoutly loyal.

*Dyo mentioned in Episode 7 that she speaks with Proteus often. Think of this more of a prayer to Proteus rather than an actual conversation. Proteus remains in hiding.

Souls and the Underworld

When a person dies, what happens to their soul? After their death a soul leaves the body. It may wander for a time, but eventually it’ll be pulled to the Underworld. Some souls will feel the pull stronger than others, but regardless they always end up at the river Styx, named for the goddess who helps Mot collect souls. Souls must cross the river to be put to rest. In order to cross they must pay the Ferryman a silver coin. Because of this it is customary to bury loved ones with a silver coin to pay the Ferryman.

Before a soul crosses the river it is regarded as “free.” Once it crosses, the soul belongs to Styx. Typically, once a soul crosses it is content. But every so often.. a soul is …defiant. This is very rare. This defiant soul will attempt to leave the Underworld, insistent in returning to the land of the living. This is unnatural and often has consequences. Evidence that this may be happening occurs when a wither rose begins growing around the dead soul’s remains.

*Some clarification on Star’s situation. Star was attempting to leave the Underworld. When his best friend, Paul, saw the wither rose he knew he had to act fast to help put the soul to rest. He visited the Witch who gave him a potion to spread on his remains. This potion called Styx to his remains to collect them in order to stop Star from returning to them.

We’ve learned a little bit more about the Oracle in episode 7. We know she originated from the Kingdom of Myrsky, but left them quite a few years ago after she discovered her gift of foresight. It appears that the mages at Myrsky do not know why.

Another tidbit we discovered was that the Oracle can not see the fate of someone that has not come to her physically. Will this limitation keep her from helping the boys? 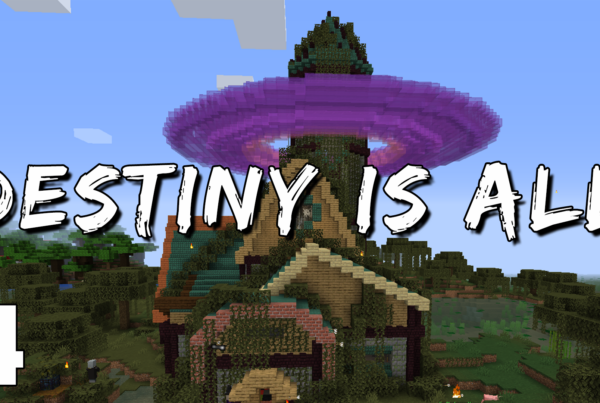